Northern Sights is a 360 degree virtual reality project aimed at helping Northern Artists broaden the reach of their art forms, in the face of geographical isolation from audiences, critical contexts, collaborators, and new technologies.

People all around the world are fascinated with the North, but very few of them ever get a chance to visit. Through Northern Sights, a varied selection of works from musicians, storytellers, painters, and multimedia artists alike are being commissioned and then captured using 360 degree virtual reality technology, creating immersive environments for audiences, giving them unprecedented realistic experiences of today’s North.

Northern sights was one of 200 exceptional projects funded through the Canada Council for Arts’ New chapter initiative. With this $35 M initiative, the Council supports the creation and sharing of the arts in communities across Canada.

The resulting works will be showcased in an exhibition that will tour communities in the NWT in 2019, as well as nationally and internationally.

Several works filmed in 2018 are currently in post-production. Here is a sneak peek of some of the Northern artists commissioned for this project: 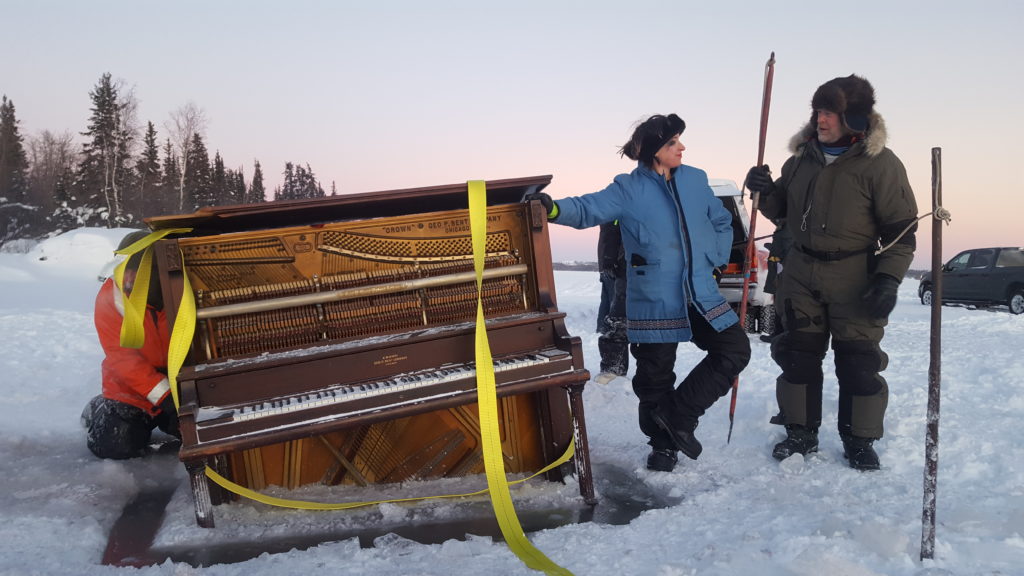 Composer Carmen Braden performs an original piece on an acoustic piano that has been sunken and frozen into the Great Slave Lake. The performance, which also captures sounds above and below the frozen lake, explores the physical and acoustic interactions between the mechanics of the piano and the acoustic qualities of ice and water. 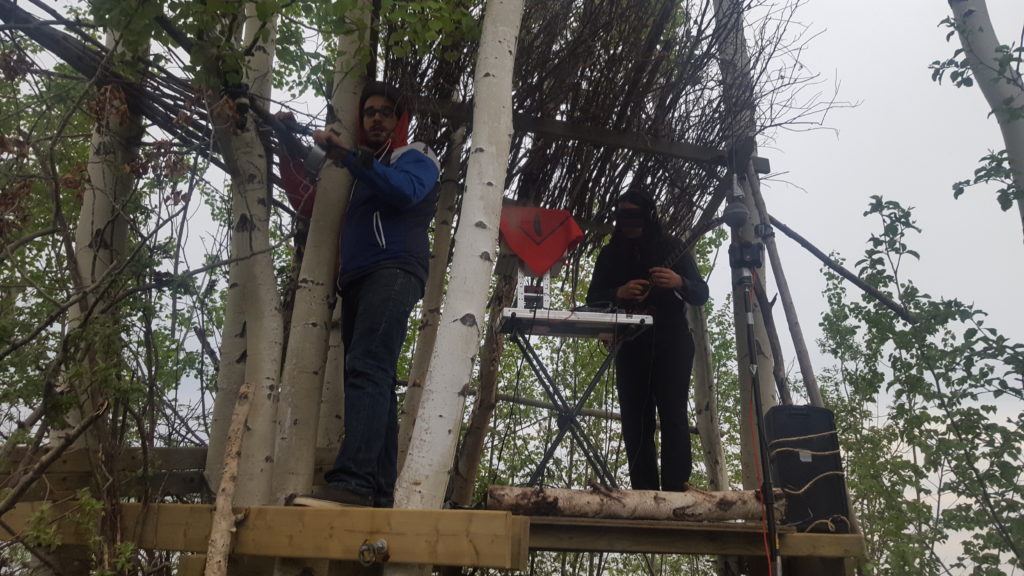 Multi-instrumentalist/artist Casey Koyczan creates a sculptural installation on the shore of Marian Lake. The installation is constructed not only to serve as a form of shelter in the future for local hunting, fishing, berry picking, and cookouts, but also serves as a stage, as Koyczan performs his brand of live-looping electro-alternative music within the shelter as his artist persona ‘The Bushman”, outputting his music to multiple speakers hung from trees spanning the area, interacting with the surrounding environment to create an experience influenced by the landscape. 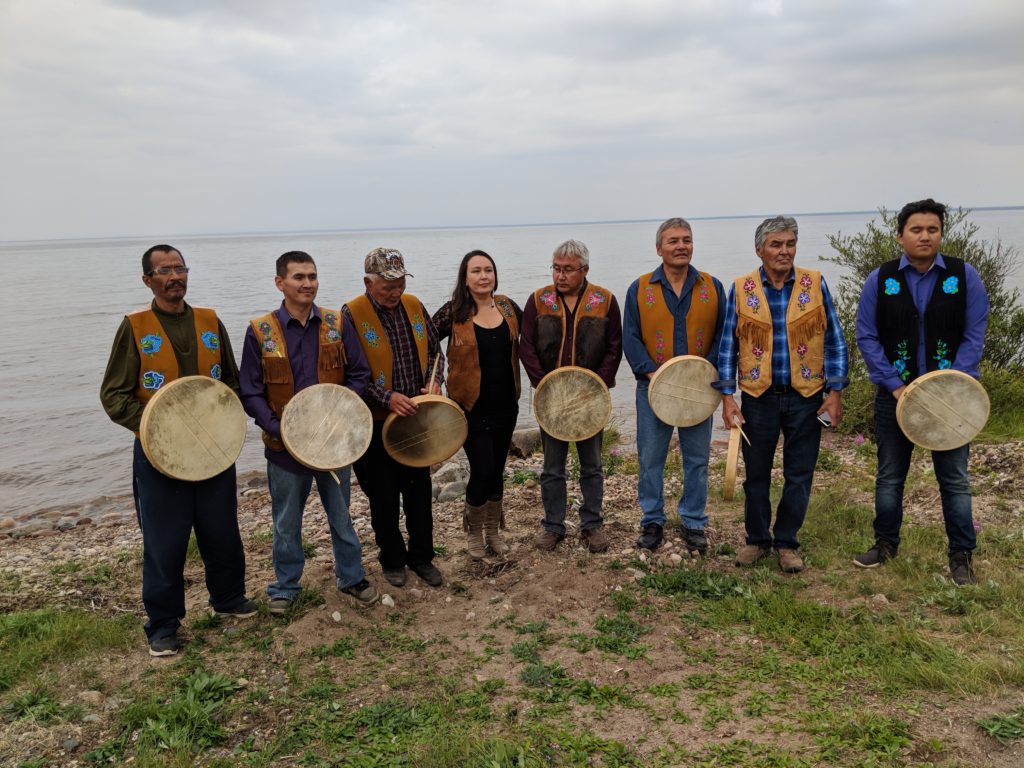 Juno-award-winning singer/songwriter Leela Gilday travels to Deline, NWT where she writes and performs a song with Deline drummers in celebration of her sacred connection with the Sahtu. In collaboration with members of the Deline drummers, the song is based on a traditional Dene story about the heart that lives in great bear lake and features the faces of Deline elders and youth. Thematically, it explores the role of generations entrusted with the protection of the water, and safeguarding it for generations into the future. 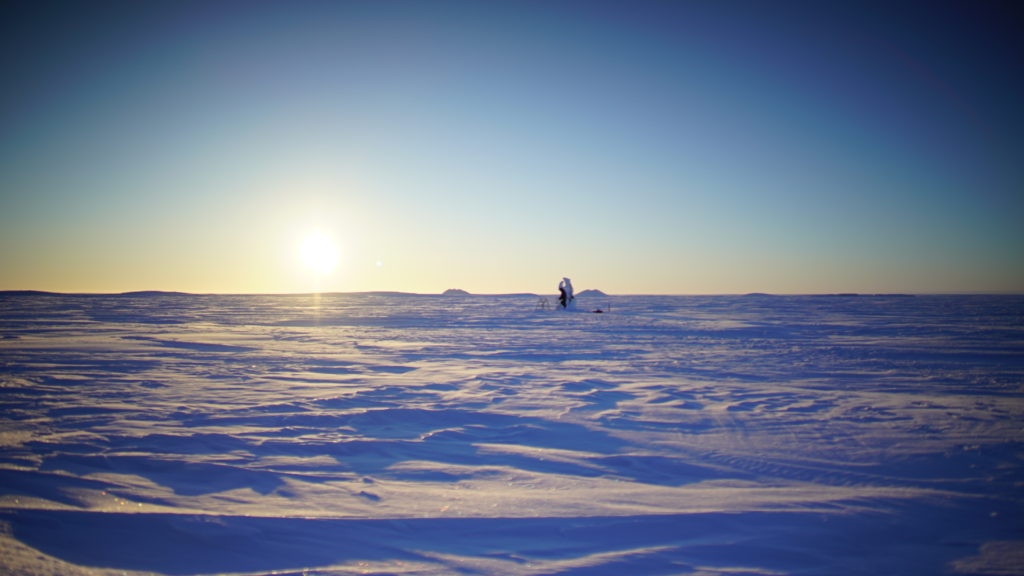 Inuit sculptor and visual artist Derrald Taylor creates a snow sculpture of the North’s most iconic animals, a polar bear. Filmed on the frozen Arctic Ocean, under the northern lights, this piece represents both the eternal permanence of the North, as well as the transience and fragility of our delicate environment. While the creation of the sculpture was filmed in 360 degree Virtual Reality, the natural destruction of  the piece would be a view reserved only for those in the community of Tuktoyaktuk. 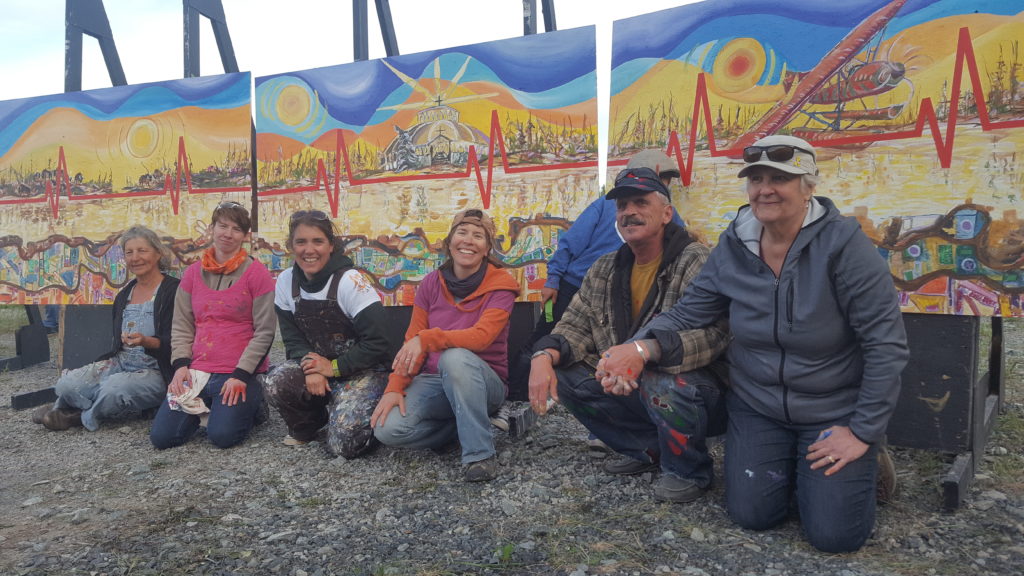 BAM, lead by artist Terry Pamplin, combines live painting with musical performances, but never before have they captured this experience in 360 Virtual Reality. Working in a circle around the camera, accompanied by multiple Yellowknife musicians and artists, BAM creates one of their memorable masterpieces.