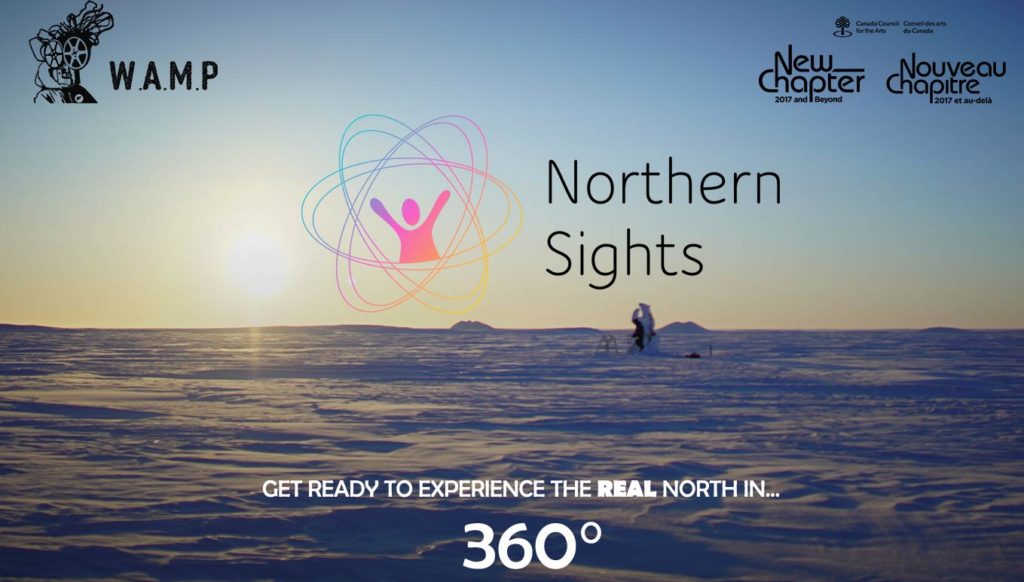 Northern Sights is a 360 degree virtual reality project aimed at helping Northern Artists broaden the reach of their art forms, in the face of geographical isolation from audiences, critical contexts, collaborators, and new technologies.

People all around the world are fascinated with the North, but very few of them ever get a chance to visit. Through Northern Sights, a varied selection of works from musicians, storytellers, painters, and multimedia artists alike are being commissioned and then captured using 360 degree virtual reality technology, creating immersive environments for audiences, giving them unprecedented realistic experiences of today’s North.

Check out the Trailer here: