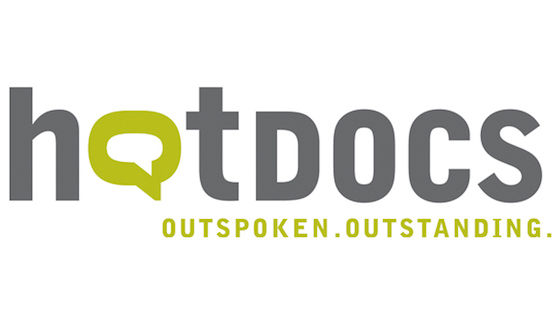 Hot Docs Doc Ignite labs are offered in communities across Canada each year. Offering direct market intelligence and skills training, each lab provides filmmakers with professional development curriculums on such topics as audience engagement, marketing and distribution to help successfully launch their films in the marketplace. With a focus on reaching underserved regions and communities within Canada, Doc Ignite labs aim to provide new opportunities to filmmakers across all regions of Canada and continue to help them launch sustainable documentary careers. Supported by Netflix.

Writing for Documentary
Using successful Hot Docs fund applications as examples, participants will learn what funders are really looking for when evaluating grant submissions and will glean crucial tips on how to make their projects stand out. This workshop will feature a hands-on component, so bring the written materials you’ve prepared for your project and learn how to write your best treatment for grants, funders and pitching.

Make Local Stories Global
“The paradox of arriving at a truly universal story is often found in its specificity.” Stories can travel across boarders, cultures, languages and barriers, so why do they sometimes feel like they won’t leave our backyard? In this presentation and interactive activity, take away critical tools to lift your local story to international markets and make it accessible to global audiences.

Distribution 101
The distribution workshop will equip filmmakers with the tools they require to develop distribution strategies for their projects, helping them to identify key audience segments, hone their marketing messaging, better understand the roles that festivals, sales agents, and distributors play in bringing films to the marketplace, and what to expect from each of these partnerships.

Join us from 8-10pm for a bite and a beer afterwards!

Madelaine Russo is Industry Programmer of Deal Maker (the one-on-one meeting program) at Hot Docs. She also supports the production of the Hot Docs Forum, runs the Hot Docs blog, facilitates Doc Ignite workshops across Canada, and has produces several industry publications, including the annual Hot Docs Guide to Decision Makers, and the Emerging Producer Guides to Budgeting and Co-Production. Before joining Hot Docs, Madelaine ran the Alternate Realities Market at Sheffield Doc/Fest in the UK. She has also worked at short film distributor Ouat Media. She holds a Master of Arts in English and Cultural Studies.

Company profile:
Syndicado is a Toronto based sales and distribution founded in 2009.

From our inception as a VOD/Digital distributor we have launched over 5000 hours of feature films, documentaries and TV series across cable, IPTV and VOD platforms internationally including Netflix, Amazon, hulu, iTunes, Google, Comcast, Shaw, Telus, Rogers, Hoopla, TubiTV, PlutoTV and more.

In 2014 we started theatrical distribution in North America to support a select number of titles each year for higher profile VOD releases.

In 2016 we launched a new world sales company, Syndicado Film Sales, focused on documentary films. We make 9 to 12 acquisitions per year for all rights and are involved from rough cut stage to completion. Our films have been selected for Sundance, TrueFalse, Tribeca, IDFA, Berlinale, HotDocs, Karlovy Vary, and Locarno.

We work with filmmakers on festival and release strategy in addition to world distribution opportunities and attend most of the major festivals and markets in Europe and North America.

Biography:
Rubidge has spent most of his career at the confluence of emerging digital platforms and entertainment. After graduating with an MBA in Finance and spending two years in commercial banking he followed his passion and began working in the film and television industry, before co-founding a digital entertainment company – Hype! After selling the company to a large US agency and went on to oversee product development for national mobility carrier. In 2004 he started working in the then nascent world of VOD as Director of New Platforms at Corus Entertainment, launching Treehouse, YTV Anime and The Documentary Channel on Demand.

In 2009 he founded Syndicado Inc., a North American film and television distribution company. The company has become one of the top digital distributors of independent docs, arthouse features and factual TV series, with over 5000 hours of content launched globally on the top VOD platforms.

In 2016 he co-founded the boutique world sales agency, Syndicado Film Sales, which now boasts a slate of docs that have been in Sundance, TIFF, Tribeca, Locarno, HotDocs and Karlovy Vary.

In its 10th year Syndicado has begun investing in, and developing projects at the pre-production stage.