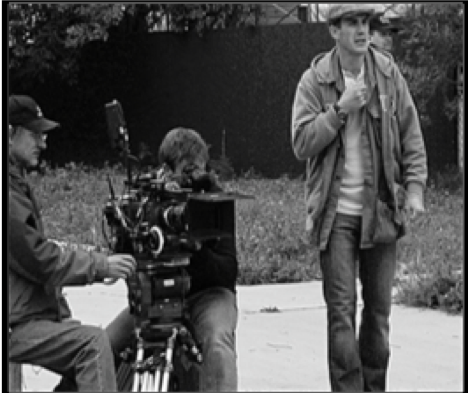 Production Assistant Workshop defines topics within Pre-Production and Production. Specifically, it unravels the questions regarding tax credits, positions available, what can be expected on any given work day, crewmembers communication, working with the background performers, how a script is broken down and scheduled, safety responsibilities of crew members, organized labor, accounting and film friendly resumes. Production Assistant Workshop provides a window into the protocol, etiquette, and safety of the unique culture and language of a film set.

WHO SHOULD ATTEND:
Those wishing to take their smaller projects up a level regarding structure and implementation. Those interested in getting their foot in the door of the Yellowknife and NWT film community. Those interested in the general filmmaking process for larger budget films and TV productions. This is an entry-level position – anybody interested in film should and could attend!

CREATOR:
Kenny Chaplin has been apart of the Director’s team in film & television for over 20 years. He’s a member of the Director’s Guild of America (DGA) and Canada (DGC). He’s provided the call times to the likes of Ethan Hawke, James Garner, Ray Liotta, Donald Sutherland, and Abigail Breslin. His credits include features films such as Terrence Malick’s ‘The Thin Red Line’, Ang Lee’s ‘Ride With The Devil’, and Ridley Scott’s ‘Body of Lies’. His television credits include series such as ‘Judging Amy’, and ‘Roswell’.

+ Google Calendar+ Add to iCalendar
Return To All Events

Monday to Thursday 1pm – 5:30pm, by appointment only